She Was Feisty And Tough As Nails 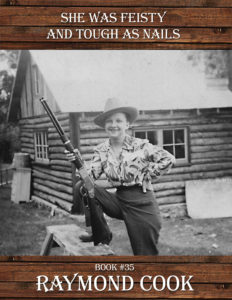 She Was Feisty And Tough As Nails eBook #35

Normally it’d be the men who went deer hunting, bring back a couple of deer,      butcher them, wrap them in cheesecloth and put them in the root cellar. Unless she wanted to go into town and buy a cow or hog and have it butchered and wrapped, hunting now fell on her shoulders. She knew she wasn’t going to ride a horse up into the mountains to look for a deer or an elk.

She couldn’t pack it out and everything up on the mountain wanted to eat her. As she sat at the table trying to figure out what she could do to see her through the    winter, food-wise, suddenly she had an idea. Her husband and Frank had taught her how to shoot a tin can off a post up to a hundred yards away. A deer was a whole lot bigger than a tin can.

She could climb up in one of the tree stands they’d built, sit on a cushion, cover up with a heavy blanket and wait. She had the three dead trees they’d planted to know how far away they were. Then she’d harness her horses to the buckboard, go out in the valley, lay a tarp down and butcher it just like she’d seen her husband and Frank do for two winters. Suddenly a cloud of disappointment surrounded her.

What if the deer or an elk she saw was two hundred yards away? She couldn’t shoot as good as her husband, not at that distance. She’d have to lure the deer closer,     preferably between seventy-five yards and one hundred yards but how? As she stared at a basket of red and yellow apples on the table, she began to smile. Deer loved to eat apples.

At the base of each apple tree on the ground lay over-ripe apples that would just rot. If she filled a garden barrow with those apples and dumped them at the eighty-yard part and threw them all around, the aroma would attract deer. Then all she had to do was aim carefully and shoot. If she was lucky, over a couple of weeks she might be able to kill four deer.

She hoped that might be enough meat to feed her through the winter. If not, with snow on the ground, she’d have to go into town and have a large hog butchered. What scared Maxine the most was that each time she was butchering a deer, she’d be looking down because of the knife in her hand. She wouldn’t be looking around for something with four feet and a mouth full of teeth running toward her. She had good reason to be scared.

But no one was going to put food on her plate but her, so she’d better start preparing for her first day in the tree stand after breakfast in the morning. That night was one of the hardest nights she tried to fall asleep since her husband’s death. The what ifs kept her tossing and turning through the night. What if she fell out of the tree stand? What if she never saw a deer in spite of leaving the apples out in the valley?

What if the deer came to apples after dark and ate them all? What if she shot a deer or an elk and a mountain lion, black bear, wolf, pack of coyotes or a grizzly came    running at her? Her mind finally relented and she drifted off to sleep. After making and eating breakfast, she looked toward the door. She saw two Winchester rifles and the Marlin 45-70 rifle. If she took her buckboard out to butcher something, she’d have to take the Marlin rifle too.

With both rifles leaning against a wagon wheel, she knew she wouldn’t be close enough to grab one, aim and pull the trigger in the final seconds of her life. She’d     already left rolls of cheesecloth, a roll of twine, five sharp knives and a saw for         cutting though bone in the buckboard. As she came out of the cabin carrying a       Winchester rifle to go to the outhouse, she stopped in her tracks.

Something much worse that a grizzly bear was heading toward her farm. It was a large group of Indians. There had to be a hundred of them on foot and on horses. Many horses were pulling teepees or what was called travois. They resembled a sled and were pulling their possessions or the sick or elderly. With her heart pounding out of her chest, she raised the rifle and fired three times over their heads.

They were well past the hundred yard tree markers. Quickly they stopped and turned to their right and headed for the woods. She didn’t feel they were a threat to her but she couldn’t let them get any closer. For the rest of the day she stayed outside wrapped in a blanket watching for Indians. She found it very hard to sleep that night. The next morning, after a big breakfast she went outside.

She was carrying a cushion and a heavy wool blanket in one hand. In her other hand she carried her Winchester rifle. In her front pocket was her husband’s pocket watch. Inside it was a photo of both of them. It was the only photograph of him. A day didn’t pass when she didn’t open the watch and stare at the photograph. In her coat       pockets were a pair of her warmest gloves.

She also took her husband’s Marlin 45-70 rifle with her. Just because she was walking from the cabin to the tree stand didn’t mean she wouldn’t see a bear. As she passed the garden, she saw everything not canned or sold in town had wilted. They’d           become mulch by spring. Because the men had built two tree stands, one facing each side of the valley, Maxine had to decide which tree stand she’d sit on her        cushion for as long as she could.

She decided the tree stand to her right. As she walked past the corral, she knew both horses and the heifer had two blankets tied over their backs. When she stood at the base of the blue spruce looking at the ladder, she looked up to see how far she had to climb. She’d never climbed up the ladder before and that wasn’t what scared her. Climbing from the ladder to the small platform, sitting down on it and falling off was what scared her.

If she fell with her rifle, as it hit the ground, it could go off and shoot her. Scared or not, she leaned the heavy rifle against the tree first. Then she wrapped her blanket around her shoulders so she didn’t have to carry it. By carrying the cushion, that gave her one hand to hold onto a ladder rung. After the cushion was laid on the       platform, she climbed down for her rifle. If she made it halfway up the ladder and lost her footing or grip, she’d fall.

The odds were, she’d break one of her legs. She knew with a broken leg she couldn’t harness her horses to the buckboard. Even if she could, she couldn’t climb up onto the seat. Worst of all, Redstone didn’t have a doctor so no one could set her leg. At that moment, to Maxine, she felt everything was against her. But she climbed that ladder and sat down on her cushion. Then she pulled the blanket around her       shoulders.

After she pulled her blanket around her shoulders, with her rifle across her thighs, she put her gloves on. She was afraid if she left out her husband’s watch for her to see the time; it’d fall to the ground. So, she left it in her front pocket. The hardest part for anyone hunting and being up in a tree stand is the waiting. It’s cold, boring and time seems to stop.

But the alternative for Maxine was sitting on the ground by some brush to conceal her and look out at the valley. Her breath would hang in the air and her scent would be carried even by a light breeze. The advantage of being up in a tree was not being seen, heard or smelled by deer or elk. Even though there wasn’t any snow on the ground yet, from where she sat, because of the grass in the valley, she couldn’t see any red or yellow apples.

She had a good idea where they were if any of them were left. They were between the second and third dead tree. Twice Maxine pulled off her right glove to take the pocket watch out of her pocket to see what time it was. About twenty minutes after she’d put the pocket watch away, she was still staring out at the valley. What she     suddenly saw put the fear of God into her.

It wasn’t a pack of wolves or a grizzly bear. It was three mountain men and they were riding slowly straight for her cabin. One man was ahead of the other two men. Each man had a large rifle laying across his thighs. Both men behind him held the reins of a pack horse. One was loaded down with pelts and the other one, provisions. If she let them get to her cabin, after looking around they’d find her trapped in a tree.

If they took her two horses, she’d have to walk to town. If they decided to stay in her cabin, she could freeze to death by morning. She didn’t have a choice. She’d have to kill them when they were within range.

She Was Feisty And Tough As Nails is my newest 2020 action-packed western frontier eBook. I’ve made this comment section so I can share with visitors to my website what readers feel about this particular eBook. 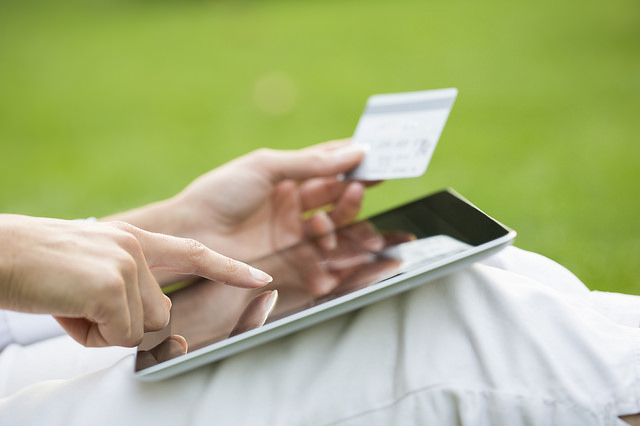 Click one of the Amazon buttons below to order.

Thanks to all of you who buy, read and comment on this eBook.