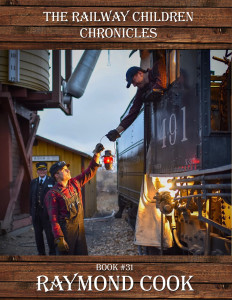 “Well, if you aren’t the next of kin, what do I do with their mother’s body?” the         undertaker asked. Suddenly, in a tearful voice, Eunice said, “We want to pay for momma’s coffin and grave marker. Can you bury momma beside our pa, please?” Then, she began to sob as her sisters cried too and hugged her. The woman with them began to cry, too. Then, she said, “I’ll pay the cost of the coffin and grave      marker, mister.”

Eunice looked up at the woman, and then the, and said, “I have some money from momma’s tin can. She wouldn’t want a stranger to pay for her coffin. How much do we owe you, mister?” He looked first to the woman and then the children. “It costs two dollars for the coffin, and another dollar to dig the grave. The grave marker doesn’t cost anything,” the undertaker said.

Eunice started pulling out coins out of her pocket and looked up at the woman. In a tearful voice, she asked, “Can you hand the man my money?” The seamstress was wiping her eyes with one hand as she nodded, and held out her other hand. Slowly, Eunice dropped three dollars in pennies, nickels, dimes, and quarters into the     woman’s hand. Then, Eunice put the rest of the coins back in her skirt pocket.

The seamstress turned and handed the man the money. When he asked the woman for their mother’s last name, almost at the same time, all three children said, “Young.” They watched him write the name down on a sheet of paper. As he set the pencil down, he said, “That’s all I need. When did you want your ma  buried?”

Eunice tugged on the woman’s dress, and she leaned down a bit. When she         straightened up, she told the man, “Can you bury their ma, tomorrow?” The children watched him nod. When Eunice tearfully asked the man if they could see their    momma’s body, and say goodbye to her, the man quickly shook his head no. As tears flowed down their cheeks, the seamstress angrily asked, “And why not? Their father died last year, and now their mother’s gone. Why can’t you let them say goodbye to her?”

“Well, because I don’t have their mother in a coffin yet. She’s lying on a table under a sheet,” he said. “Well, get back behind that curtain, and put her in a coffin. You have your money. These children are orphans now and deserve to say goodbye to her,” the seamstress said in a stern voice. The undertaker nodded, turned around, and went behind the curtain. Jennifer turned toward the children and hugged them.

“You children come back to my shop tomorrow, and I’ll accompany you to the         cemetery. No child should stand beside their parent’s grave alone. We’ll cry                together,” the seamstress said. When Eunice wiped her eyes and asked what time to come to her shop, the woman said she’d ask the undertaker. Less than ten minutes later, the man pushed the curtain aside and walked up to the counter.

He didn’t speak. He just nodded his head. He walked to the edge of the counter where there was a waist-high swinging door. Everyone followed him behind the     curtain, down a long hallway, and into a room filled with coffins, headstones, and grave markers. In the middle of the room was a coffin on the floor, and their        mother was lying in it. As the children walked closer and closer, they trembled and cried.

Suddenly, Almeria ran ahead of everyone. When she reached the coffin and looked down, she cried out, “Momma, I didn’t want you to die!” She was joined by her        sisters. As they looked down at their mother, they cried, too. The undertaker had     covered up her body with a white sheet up to her neck. Her eyes were closed, and her hair was all wet and tangled. But her hair was pushed away from her face.

As Eunice looked down, she cried out, “I’m having you buried next to pa,  momma. I hope you are the star beside him up in the sky.” Then, she hugged her sisters. “What time will you bury their mother so that I can bring them to the  cemetery?” asked the seamstress. The undertaker asked if one o’clock was a good time. The seamstress nodded. “We’ll be waiting outside this office at ten to one.”

He nodded and motioned for them to head back to the front desk. “I’ll be waiting for you tomorrow, good day,” he said. As everyone turned around, Eunice opened the door, and her sisters followed her outside. The seamstress closed the door behind her, and asked, “Do you have a clock at home?” Eunice nodded.

“I wish I could take you in as my own, but I barely make enough money to feed        myself, I’m so sorry. I’ll be waiting outside this door at twelve-thirty, please don’t be late,” Jennifer said. Eunice promised she and her sisters would be there on time. One last hug, and the woman watched the three girls slowly walk away. The children walked back home looking down at the ground.

After they got home, they didn’t eat or play cards. They walked out the back door, used the outhouse, came back inside and laid down. Suddenly, Eunice jumped out of bed and ran to her mother’s bedroom. When she came back, she held several small framed photographs. Two were of their mother, and one was of the mother and        father. Eunice pulled back a window curtain to let more light into the room for them to see.

When Almeria looked over at her oldest sister, she asked, “When the man makes us leave, can we take these pictures with us?” Eunice promised both of her sisters; they’d take them with them. How their lives had changed overnight. They didn’t know the exact day, but soon, they knew they’d be walking down the street with a pillowcase filled with their clothes. They talked about the two homeless boys they’d seen with their mother in the general store.

They were old enough to understand that orphan children either worked for      someone, or held a tin can and begged for money. Orianne and Almeria were scared to death of being left alone if their older sister went to work for someone. It was        Almeria who brought the fear up. As she looked into her sister’s eyes, she asked, “Eunice, when we don’t have a place to live and find a place to hide and sleep, are you going to leave me, and Orianne by ourselves until you come back? What if you don’t come back? What if a stranger finds us, and drags one of us away? We’ll never see you again.”

Suddenly, she put both of her hands to her face and began crying. Orianne was next to her, and she hugged her with both of her arms. Eunice tearfully told her little        sisters, “I’ll never let someone steal you. I promise to protect you both.” At that       moment, she crawled closer to her sisters and hugged them. As she cried, she told them, “I promised momma, if anything happened to her, I would protect you both. A promise is a promise.”

As Almeria raised her head and hurriedly wiped her eyes, she stared at the red can on the table that had coins in it. “When momma’s money in the red can is spent, we’ll starve, won’t we? None of us are old enough to work. I’m scared, please hold me,” cried out Almeria. As her sisters hugged her, Eunice knew, being the oldest, she had to make a plan for their survival, and time was running out.

“I want you two to play cards, while I sit at the table, and try to make a plan. I don’t want us to walk down the street scared to death when the man tells us to leave. Momma always made a plan for something she wanted to do. I can make a plan, too,” Eunice said in a calm voice, as she wiped her eyes. She crawled off the bed, stood up, walked over to the table, pulled the chair back and sat down.

Her sisters saw her close her eyes and hold her hands together. A deck of cards was near their bed. Orianne crawled to the edge of the bed and picked up the cards. Then, she and Almeria smoothed out the blanket to lay the cards down on. Eunice heard her sisters telling each other the number on the card they laid down.

Suddenly, the two girls heard the tin can on the table being tipped over. They looked at the table and saw their sister spreading out the coins so that their sister could count the money. Next to her right hand was a pencil and a sheet of paper. The next thing Eunice knew, her sisters were standing beside her. “Can we count the money, too?” asked Orianne. Eunice looked at her sisters and nodded. Both sisters quickly pulled out a chair and sat down. Reader’s Favorite 5 star Book Review: August 29, 2018 by K.C. Finn. “The Railway Children Chronicles is a work of western frontier historical fiction by author              Raymond Cook. Though the title conjures up illusions of another classic novel, the railway children of this novel grow up in a time of extreme poverty, violence, and starvation in Silver Plume, Colorado, 1880. Their story is one of gritty hardship and difficulty, in a merciless period of history, where even the smallest kindness can be the difference between life and death. In a western frontier town driven mad by the discovery and mining of silver, crime is rife and people are not what they seem. The orphans of the freight yard form the center of a story about a town  transformed by sudden wealth.

Raymond Cook writes with true authenticity about Colorado in the late 1800s, and it’s clear this is a topic which is close to his heart. Something I enjoyed immensely about this  novel was the level of detail going into the poverty- stricken way of life of most of the people, and the contrast between those who had success and those who didn’t. The children themselves were simplistic but authentic to their time, and the story of their struggle came across as far more valuable than any individual              character. Some of the things which happened to them were quite upsetting, but necessary in the overall plot. I would recommend The Railway Children Chronicles as a well-written historical work for readers looking to immerse themselves in a vividly fictionalized slice of American history.”

There’s nothing more satisfying than reading a well-written western frontier orphan story with a happy ending. This eBook was uploaded on Amazon on August 21, 2018. If you      enjoyed reading this eBook, would you consider writing an Amazon review? Reviews are important to readers who are considering reading an author’s newest book.

5-Star Amazon Comment, on October 15, 2018.  The author takes you back in time & makes you feel as if you are right along with the              characters of this book. Definitely a page turner. Highly recommended. 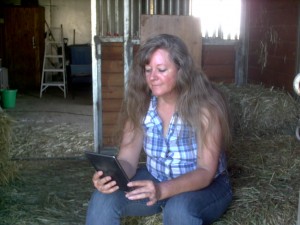 Download your digital copy of The Railway          Children Chronicles today!

Click one of the Amazon buttons below to order.

Thanks to all of you who buy, read and comment on this western frontier          orphan eBook.