A Witness To A Murder eBook #36 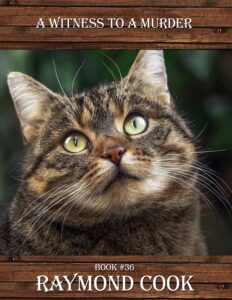 Kirkus Book Review July 1, 2021 ~  A Witness To A Murder.  “In this epic novel set in the late 19th century, a couple travel west in search of a new life, undertaking a perilous journey. For readers interested in an accurate picture of the dangerous trek thousands of American families took in search of a new beginning in the West, this is a rigorously researched portrayal.”

Not long after leaving Fort Kearny behind, James and Elizabeth Liley’s left rear wagon wheel broke off. The wagon behind them abruptly stopped, as did every other wagon behind them. When Craig rode up to Dan’s wagon and gave him the news, he stopped his wagon too.

Now everyone was stopped and sweating under the hot sun. James and his wife were standing beside his wagon, as were their four sons and two daughters. Everyone watched James slap his hat against his leg and curse. He looked at the broken wheel and knelt down. He looked closely at the axle. To his relief, he saw it wasn’t damaged. James looked over at his strongest son.

“David, you and your brothers get my wagon unloaded, and don’t break anything. Cheryl, you crawl under the axle and bring me the grease bucket. Be careful not to get any tar on you,” James told his youngest daughter. In the meantime, James untied the spare wagon wheel and leaned it against the wagon.

Then he lifted the lid of the toolbox and rummaged around until he found the wrench to loosen the axle nut. After loosening the nut, he removed it, sat it on the edge of the rear gate and wiped his brow. By now, other men were watching nearby, so they’d know how to change their wheel if one of theirs broke. Elizabeth wished she could calm her husband down but knew to keep quiet.

By the time his sons had unloaded everything, James knew he had to drain his water barrels too, so his sons could lift the side of the wagon enough to swap out wheels. James looked around at the men watching. He was about to ask them if they had any room for his water. Then he remembered their barrels were all full. His face turned red, and Elizabeth thought her husband would break a blood vessel as he shouted, “Damn it to all hell!”

James knew he’d have to pull the plug on both water barrels and waste his water. No one in his family said a word as they watched him walk over to the first barrel, pull the plug out and step aside. He did the same thing to the other water barrel. James would have no water for him, his wife or their horses. It made Elizabeth cry as she watched the ruts around their wagon wheels fill with water.

When both barrels were empty, he shoved the plugs back in and waved to his sons. Two of his sons got on one side of the wheel and the other two stood on the other side. Together, they bent their backs and lifted until they heard their pa shout, “That’s high enough.” Then they felt him jerking hard to the left, then to the right and then to the left again, until he broke the wheel loose from the axle. With a deep breath, he slid the wheel off the axle and rolled it away angrily.

In an angry voice, he yelled at Cheryl, “Bring me that damn grease bucket, girl.” The anger in her father’s voice scared her and she hurried up beside him, set the bucket down and backed away. Elizabeth quickly went over and hugged her. “He doesn’t mean to snap at you, Cheryl. It’s the heat, wasting all of our water, and fighting to get that wheel off,” Elizabeth told her youngest daughter.

She and her children watched James roll the good wheel over to the axle, lift it up a couple of inches and slide the wheel on a couple of inches and stop. “Alright, lower the wagon slowly and take a rest,” James called out. As his four sons caught their breath, James took the lid off the grease bucket carefully and grabbed hold of the handle of the brush.

As careful as he could be so he wouldn’t get grease on his hands or on his clothes, he greased the axle behind the wheel before putting the brush back in the bucket. He put the lid back on and moved the bucket away from where he was. “Alright, one more time. Lift up that end again and I’ll shove this wheel all the way on,” James told his sons angrily. When the wheel was as far back as he could get it, he told his sons to lower the wagon again.

All that was left to do now was to take the wrench out of his back pocket and get the nut. He wiped the sweat from his brow, put the nut back on and tightened it snug. As he stood back up, he looked down at the precious water on the ground he’d wasted. He turned to his sons and reached out his hand to them.

He shook their hands, and apologized for being short tempered. When he saw how hurt his daughter looked, he opened his arms to her. As he hugged her, he felt her trembling as she cried. “I’m awful sorry for being short-tempered and taking it out on you, Cheryl. Please forgive me,” he said in a guilty voice. His wife joined them and put her arms around them.

As James called out to his sons to help him get his belongings back in the covered wagon, he heard Parson O’Malley call out his name. “Mr. Liley. We brought some water for your barrels,” he said. As Cheryl and Elizabeth turned around, tears fell from their eyes. Standing nearby were 35 men, each with two, two-gallon buckets of water sitting beside their boots.

After each man poured his water into a barrel, he picked up his other bucket. James had never seen or known such kindness before. He shook each man’s hand before they headed back to their wagons. When the couple’s belongings were back in their covered wagon and the rear gate was latched, the Liley’s got back in their wagons and on their horses.

Craig rode ahead and told Dan they were ready to continue on. James felt guilty as he urged his horses onward. He’d never been short-tempered with his children like that before and his wife knew it. Hoping to make things better, Elizabeth tugged on his arm to get his attention. “Thank you for apologizing to your sons and especially to our daughter Cheryl for being short-tempered. She was about to burst into tears. You know how sensitive she is,” Elizabeth told her husband.

Her husband nodded. “It was that damned wheel, the heat, and loss of water that made me so angry. But it didn’t make it right for me to take it out on them or you. I hope they’ll all forgive me,” James said in a sincere voice. “I’m sure they already have, sweetheart,” Elizabeth reassured the man she loved. James was a hard-working, proud man and he learned something very important that afternoon.

He learned everyone on the wagon train was family. What affected one family, affected everyone. James hoped he could return to them the same kindness before they reached Denver. But Denver wasn’t the final destination for James and his family. The couple were taking their family to a small mining town south of Denver called Marble.

A Witness To A Murder is my newest 2021 action-packed western frontier eBook. I’ve made this comment section so I can share with visitors to my website what readers feel about this particular eBook.

A Witness to A Murder by Raymond Cook is set in 1885 when 41 families decide to travel from Independence, Missouri to Denver, Colorado for a better life. Joining this group are Carl and Anne Walker along with their son Virgil. With Dan Higgins guiding them, the little family looks forward to a future that is not so bleak anymore. However, before they can reach Colorado, they will have to face the dangers of the long journey. From tornadoes to accidents and disease, the Walkers and the other families will need to prepare themselves for a long treacherous journey ahead. However, getting to Denver was just the beginning. Before they can truly settle in, tragedy strikes the Walker family. But lucky for them, there is a witness to the crime. All the local authorities have to do is follow the clues and trust the witness. Can they do it?A Witness to A Murder is fascinating and looks into the lives of couples and families who were trying to survive even decades after the Civil War. You can tell that Raymond Cook did deep research to understand how traveling such vast distances was difficult and perilous for people. The plot and the premise of the story are fascinating, to say the least. The descriptions of the journey from Missouri to Denver are vivid and incredibly detailed. The descriptions of the tornadoes, the deaths and the absolutely miserable times these families endured are heart-wrenching. The chemistry between Carl and Anne is gentle like their relationship. The pace is rather slow, but it is worth it when you reach the end. The author gives us the complete life story of the Walkers and the struggles they face as they try to fight for a better life. Bruni, the cat, plays a vital role in moving the story forward and bringing justice to the Walkers. Simple yet effective, this is a story to keep you entertained for days. 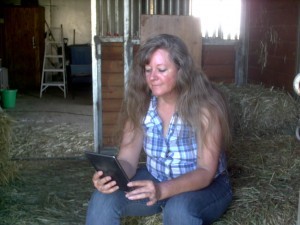 Click on the Order Now button below to go to Amazon.

Thanks to all of you who buy, read and comment on this eBook.